Thyroid Synergy™ is designed to be an all-in-one thyroid support product that may benefit thyroid conditions. In just one product, it is now possible for the clinician to provide botanical and nutritional enhancement of thyroid hormone production, peripheral conversion of T4 to T3, as well as receptor function and recognition of thyroid hormones.

Thyroid Synergy™ is designed to be an all-in-one thyroid support product that may benefit thyroid conditions. In just one product, it is now possible for the clinician to provide botanical and nutritional enhancement of thyroid hormone production, peripheral conversion of T4 to T3, as well as receptor function and recognition of thyroid hormones.

Like all of our glands, the thyroid needs supportive nutrients from food or supplements to act as raw ingredi- ent precursors for its proper function. Thyroid Stimulating Hormone needs to give the cells a message to synthesize thyroxine. Thyroxine, known as T4, needs to be converted into active T3. Cortisol and insulin levels need to be controlled in order for this to happen successfully and precursors and coenzymes must be avail- able.

WHY IS COLEUS FORSKOHLII EXTRACT HELPFUL FOR THYROID SUPPORT?
Coleus forskohlii’s active constituent forskohlin is a diterpene from the roots of Coleus forskohlii, known to directly activate the adenylate cyclase enzyme and raise cyclic AMP levels in many tissues. This is important because thyroid stimulating hormone (TSH) stimulates all steps in the synthesis and secretion of T3 and T4. The first step is the binding of TSH hormone to TSH receptors located on the basal membrane of thyroid epithelial cells, followed by elevation of cyclic AMP levels, and a subsequent cascade of phosphorylation reac- tions via activation of protein kinase A. The final step is the secretion of thyroid hormones T4 and T3 which again could not happen without cAMP.10 Hypothyroid patients need support in the area of fat metabolism. Coleus is known to reduce adipose assimilation and increase the lipolysis of fats. Coleus aids in the following functions:

1) Inhibiting the synthesis of adipose tissue
2) Increasing response to lipolytic hormones, which are produced in less quantity as we age
3) Utilizing stored fat.10 It may also play a role in aiding the production of digestive enzymes and support-

ing the immune system, both of which are helpful for hypothyroid patients.

TYROSINE, COPPER AND COLEUS FORSKOHLII
Cyclic AMP, copper and tyrosine are involved in the production of catecholamines such as dopamine and norepinephrine. This could be very helpful since hypothyroid patients are so susceptible to depression.10 Cyclic AMP is also a key player in regulating steroid hormone synthesis. These hormones include estrogen, progester- one and testosterone and depend on cholesterol for their making.10

These minerals are needed for thyroid support to help control insulin since insulin blocks phosphorylation and therefore opposes the action of epinephrine and can impede thyroid hormone production.10 Chromium also helps to control cholesterol levels that often elevate in hypothyroid patients as well as control blood sugar levels which are challenged by poor adrenal and thyroid gland health.

Tyrosine and iodine are intimately involved in the synthesis of thyroxine. N-acetyl-L-tyrosine is much more stable and better absorbed than L-tyrosine. Vitamin B2 supports these enzymatic conversions. A lack of iodine is a known contributing cause of goiter. Potassium iodide has been shown to help protect the thyroid gland from radiation damage.1 Potassium levels are often low in patients with poor thyroid and poor adrenal function. Potassium is necessary for getting thyroid hormone into our cells.

One study looked at how selenium deficiency affected ID-I enzyme (I iodothyronine 5′-deiodinase) levels in the body. Selenium deficient rats had the following results: 1.) Hepatic and renal ID-I activities decreased by 60% and 50% respectively, serum levels of T3 reduced 36%, and T4 increased by 32%. 2.) GSH-Px (glutathione peroxidase) activities in the whole blood and liver decreased by 61% and 82% respectively. LPO (lipid perox- ide) concentrations in serum and liver increased by 53% and 40% respectively.3 The results of a Graves’ disease study clearly indicated that supplementation with antioxidants in the treatment of Graves’ disease is justified, particularly those containing selenium.5

VITAMIN A, ZINC AND SELENIUM

Studies tell us that TTR (transthyretin), an extracellular transfer protein in humans, is responsible for binding both T4 and T3 with a preference for T4. This protein also binds vitamin A, known to be important for thyroid function. TTR is an extracellular transport protein involved in the distribution of thyroid hormones and vitamin A. Hypothyroid patients often have a yellow-orange coloring to their skin because of very poor conversion of beta-carotene into vitamin A.6 Zinc is needed for this conversion. Significantly lower levels of zinc and seleni- um are found in the thyroids of patients with thyroid cancer, as compared to other thyroid patients.7 Zinc is likely as potent a thyroid antioxidant as selenium. Both of these minerals may help protect against heavy metals.

Selenium appears to have two essential functions related to thyroid health. First, it is a component of the detoxifying enzyme glutathione peroxidase. If selenium is unavailable, this enzyme does not work as effective- ly. Since glutathione peroxidase helps to quench free radicals, lowered activity may result in increased free-radical generation and increased damage to an already inflamed thyroid gland. Second, selenium is a key cofactor in the enzymatic conversion of thyroid hormone thyroxine (T4) to the more active triiodothyronine (T3), making selenium important for healthy thyroid function. In two recent studies, researchers tested this idea by giving subjects T4 with or without selenium supplements. In both studies the combined supplementa- tion of T4 and selenium, compared with T4 only, was beneficial in decreasing the autoimmune-induced inflam- mation as measured by antibodies against thyroid peroxidase, particularly in those with very high antibody levels.12 These two studies do show selenium is helpful and well-tolerated at the dose of 200 mcg daily.11,12 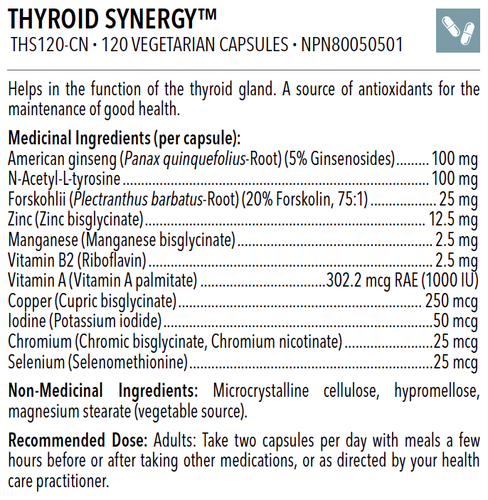 Be the first to review “THYROID SYNERGY” Cancel reply 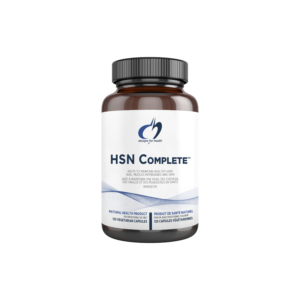 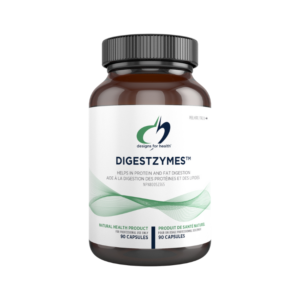