Q•Evail™ has a patented, microemulsion delivery system which allows us to pack high doses of Ubiquinone CoQ10 in an easy-to-swallow softgel. It supports cardiovascular health and is an antioxidant for the maintenance of good health.

We are only able to ship this item to our Canadian customers at this time.

Q-EvailTM offers highly bioavailable ubiquinone coenzyme Q10 (CoQ10) in easy-to-swallow softgels. It is manu- factured via a proprietary emulsification process that uses all-natural ingredients, including vitamin E, medium chain triglycerides (MCT) and lecithin, and is free of polysorbates, castor oil, and polyoxyethylated chemicals. Superior bioavailability has been demonstrated in an in-house human clinical trial, showing this material to be up to 390% more bioavailable than our previous, superior absorption, Q-Avail formulation.

Coenzyme Q10 is a fat-soluble, high molecular weight compound produced by the body for the basic func- tioning of cells. It is synthesized endogenously on a branch of the mevalonate pathway, which also produces cholesterol. CoQ10 plays a central role in cellular energy metabolism that produces adenosine triphosphate (ATP), the energy currency for muscle contraction and other cellular processes. Organs with high energy demands, such as the heart and liver, have the highest concentrations of CoQ10.

CoQ10 is recognized for its significant role in the electron transport chain as well as being one of the body’s most vital antioxidants. It is found in the mitochondria, the energy-producing center or “powerhouse” of the cell. In addition to being produced in the body, CoQ10 can also be obtained in small amounts through certain dietary sources, such as fish (salmon and tuna) and organ meats (heart, liver and kidney).These amounts (internal and dietary), however, may often be inadequate to meet the body’s demands. Additionally, age and various illnesses, as well as the use of various medical classes, increase the need for this valuable nutrient. Thus, as is the case with many vitamins and minerals, supplemental amounts of CoQ10 may be beneficial for ameliorating specific health conditions1 and helping to prevent or limit oxidative damage.

CoQ10 exists in both ubiquinone and ubiquinol forms, its names derived from the word “ubiquitous” because it is present everywhere in the human body. The number ten in “CoQ10” refers to its biochemical structure, which consists of ten isoprene units attached to a benzoquinone “head.”

In the mitochondrial electron transport system, CoQ10 undergoes continuous reversible oxidation and reduc- tion. It is converted to ubiquinol (reduced form) when it accepts electrons and to ubiquinone (oxidized form) when it donates electrons.2 As an antioxidant, CoQ10 regulates membrane fluidity, recycles radical forms of vitamin C and E, and protects membrane phospholipids against peroxidation3 (the process whereby free radi- cals “steal” electrons from the lipids in cell membranes, which can result in cell damage).

CoQ10 is synthesized in the same pathway as cholesterol, and therefore also involves the HMG CoA reductase enzyme. CoQ10 production is negatively affected by the use of cholesterol-lowering statin drugs because they interfere with this enzyme by design. Research suggests that some statin drugs decrease serum CoQ10 levels by as much as 40%.16 In addition, other drugs (gemfibrozil, adriamycin, beta blockers) have been found to decrease serum CoQ10.17

• Most healthy individuals are able to convert ubiquinone to ubiquinol.3 It has been shown that 80-95% of circulating CoQ10 following oral ingestion of a ubiquinone supplement is in the form of ubiquinol.18,19 However, there is evidence that suggests that the ability to convert ubiquinone to ubiquinol may diminish with age.20 Thus, consider recommending Q-EvailTM along with CoQnolTM, highly absorbable ubiquinol, for comprehensive intake of CoQ10, especially in the elderly.

• Q-EvailTM can be taken along with Mitochondrial NRGTM for additional mitochondrial support and improve- ment in overall cellular and tissue vitality and health.

Be the first to review “Q-EVAIL 100” Cancel reply 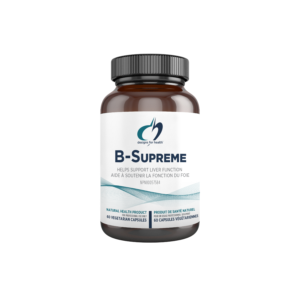 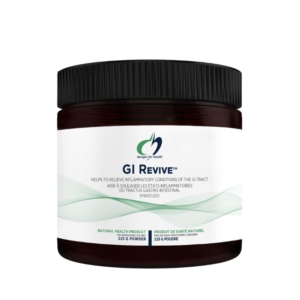