Citicoline is cytidine diphosphate choline, or CDP-choline, a nutrient that has been shown to support memory in patients with age-associated memory impairment, and brain cell recovery from injuries such as stroke or concussion. Citicoline also increases the production of key neurotransmitters, including acetylcholine, norepinephrine, dopamine, and serotonin, all of which are essential for mood balance and memory. Additionally, it supports nerves in the eye, and studies administering Citicoline to patients with lazy-eye and other vision disorders have noted beneficial results.

The main component of Citicoline is its cytidine group, which is what Citicoline delivers to the brain. Rather than just supplying a single phospholipid, Citicoline boosts the brain’s  production of its own array of  phospholipids, including phosphatidylserine (PS), phospatidylcholine (PC), phosphatidylinositol (PI) and phosphatidylethanolamine (PE). Phospholipids are fundamental in the synthesis of neurotransmitters and the proper functioning of neural cell membranes – both highly significant factors for healthy cognitive function.

Overall, Citicoline is ideal for those looking to support cognitive performance, memory, and mood, or to support the health and function of brain cells during aging or after a brain injury.

Citicoline is cytidine 5’-diphosphate choline. Citicoline is a source of choline which is important for the synthesis of new phospholipids in cellular membranes.*

Why take single-ingredient products when Citicoline covers it all? AOR’s Citicoline provides a source of choline along with added choline for enhanced acetylcholine production, while the cytidine end is converted into cytidine diphosphate which enhances the natural production of all the body’s phospholipids in a balanced manner. AOR’s Citicoline is Cognizin Citicoline.

Take 2 capsules 1-2 times daily, or as directed by a qualified health care practitioner.

Do not use if you are pregnant or breastfeeding. Consult a health care practitioner for use beyond 3 months.

Intramuscular injections of citicoline have been shown to improve “visual evoked potentials” – a finding common in ocular hypertension or glaucoma – which can suggest shower nerve conduction in the visual pathways. A later study tested whether or not this would be reproduced by supplementing with citicoline orally. Patients with glaucoma (a total of 21 glaucomatous eyes) were given 1 gram of citicoline daily for two weeks. Citicoline supplementation led to visual benefits in 62% of the eyes treated. Significant improvements were seen in parameters of visual evoked potentials.

Patients with Parkinson’s disease who were taking levodopa were randomized to receive either 1200mg of citicoline daily in addition to their regular dose of medication, or citicoline plus only half the dose of levodopa. The patients that took a reduced medication dose, but not those with their regular dosage, with citicoline had improvements on several tests such as writing, drawing and walking. Researchers concluded that citicoline may be beneficial in reducing the dose of levodopa in patients with Parkinson’s. This could also help decrease the incidence of side effects and mitigate the effects of levodopa losing effectiveness with long-term treatment.

Be the first to review “AOR Citocoline” Cancel reply 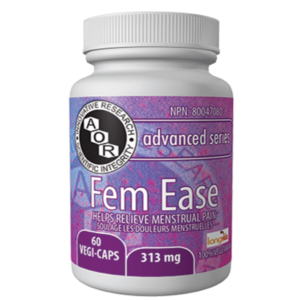